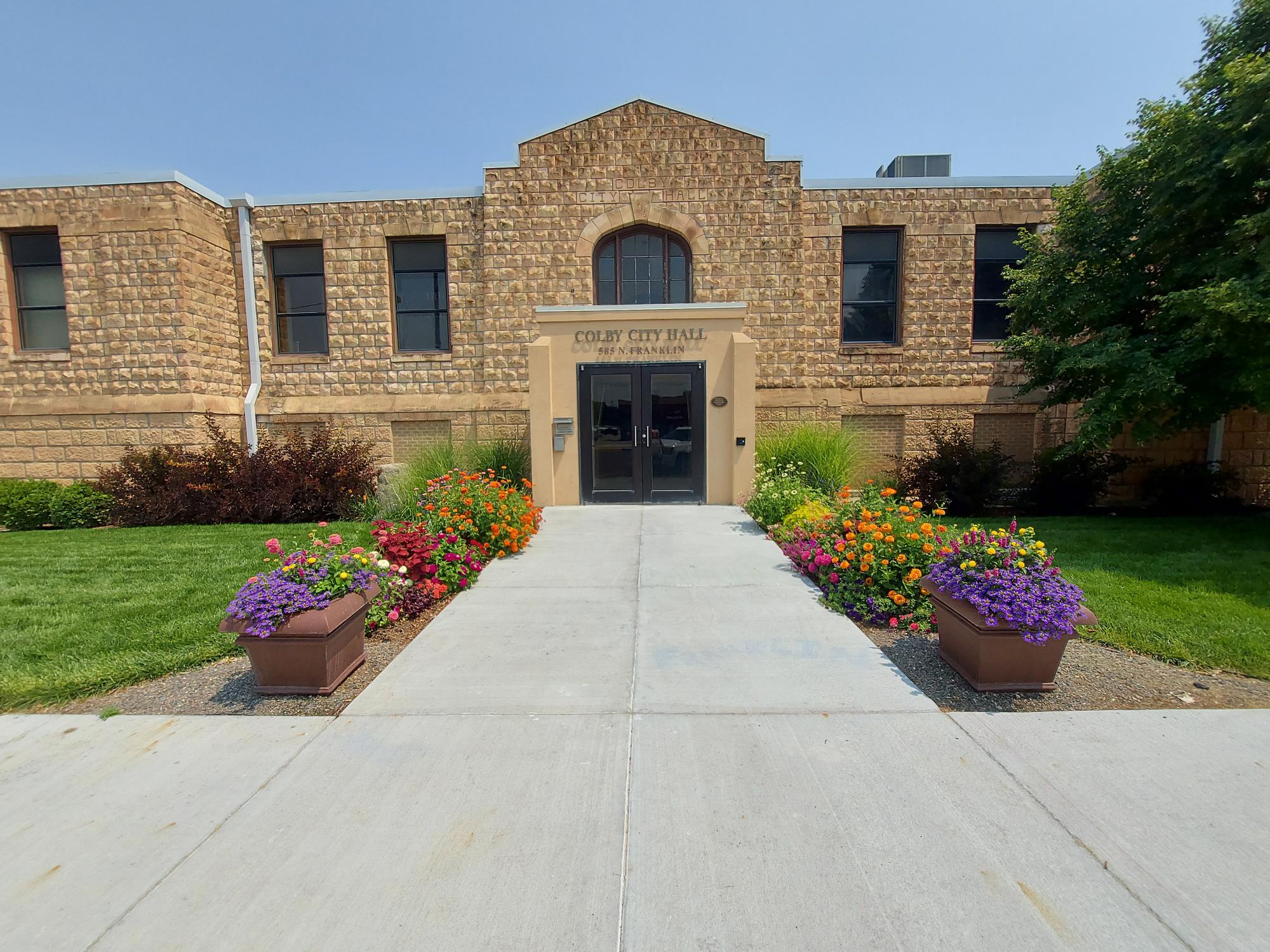 The community was founded in October of 1885, named in honor of J.R. Colby, and is located at the intersection of Kansas Highway #25 and Interstate 70, with U.S. Highway #24 transverse in the community. Colby is located 220 miles east of Denver, Colorado and 375 miles west of Kansas City, Kansas. The average annual rainfall of the City is 18 inches with an average January temperature of 41 degrees, an average July high temperature of 92 degrees, average humidity of 48% and sunshine 70% of the time! The predominant economic driver of the community is agriculture and the median price of homes is $80,000. We are truly the "Oasis on the Plains".

Thanks for taking the time to access the City of Colby via internet. We are proud of our educational, commercial, medical and cultural facilities, and all we have to offer. Colby is indeed a great place to live, work and raise a family. We believe community spirit abounds here – a spirit of determination, optimism and anticipation. Looking forward to new opportunities along the way, we know that the future is indeed bright for Colby and we invite you to join us in that journey.

The City of Colby operates under a Mayor-Council-Manager form of government in which the Mayor is elected at large, eight council members are elected by ward for four-year terms, and a City Manager is responsible for the day-to-day administrative operation of the City based on the council’s recommendations. The Mayor presides at all meetings of the City Council and recommends measures he/she deems advisable. The Mayor has the power to appoint all members to city boards with the consent of the majority of the Council members. The Mayor votes on Council business only in case of a tie vote and has the power to sign or veto any ordinance passed by the Council. The Mayor and Council members serve without compensation. The Mayor and Council are responsible for setting policy and approving the budget while the manager serves as the Council’s chief adviser. Managers serve at the pleasure of the council and are responsible for preparing the budget, directing day-to-day operations, and hiring and firing personnel.

To contact the administrative staff by phone, select the appropriate number from the following: